The optical signal propagating from a laser station to a satellite and coming back to the station is subject to the delay due to the presence of the atmosphere. The formerly recommended delay model derived by Marini and Murray (1973), included the zenith path delay and implicitly also the mapping function to project the zenith delay to a given elevation angle. The currently recommended refraction model, developed by Mendes and Pavlis (2004) separates zenith delay into the hydrostatic and non-hydrostatic zenith delay components which are mapped to a specific zenith angle using a common mapping function FCULa. These zenith delay models have overall RMS errors in the zenith below 1mm across the whole frequency spectrum for more than 90% stations. This result is sufficiently accurate for fulfilling the GGOS 2020 requirements for 1 mm of long-term station coordinate stability and 0.1 mm/y of the station velocity stability, but only for the SLR observations in the zenith direction or close to zenith.

The horizontal gradients are neglected in the current SLR solutions and thus the symmetricity of the troposphere above the SLR stations is assumed. This neglect leads to an error source that contributes up to 50 mm of delay at low elevation angles for the SLR observatory in Herstmonceux, which has a climate that is influenced mainly by its close proximity to water resulting in the weather being normally damp and subject to frequent changes (Hulley and Pavlis, 2007). Yarragadee, which is situated on the south-western coast of Australia, is a very important station in the SLR network because it produces a very large number of observations and is one of only three operational core stations in the Southern Hemisphere. The Indian Ocean lies 50 km to the west of the station, and as a result, the ocean has a significant influence on the horizontal gradients of troposphere delay around Yarragadee. In Zimmerwald, which is stationed near Bern in Switzerland, the varying topography (altitudinal spread of more than 4000 m) is one of the main factors that affect the climate. In the north direction from the observatory, the Bernese Highland is situated, whereas in the south direction there are the highest Alps, which cause the horizontal gradients in the troposphere delays of SLR observations. Also, for a majority of the most important SLR stations, the significant horizontal gradients are expected.

In the view of the challenges mentioned above, following problems will be addressed within the framework of this project: Quality improvement of the SLR solutions and the SLR-derived parameters through modeling horizontal and vertical gradients for the troposphere delay, as well as the improvement of the consistency between SLR and GNSS solutions through using similar mapping functions and horizontal gradients in troposphere delays, investigating systematic range biases for SLR stations, and validating and estimating center-of-mass corrections for LAGEOS and LARES satellites. The enhanced modeling of troposphere delays shall improve all SLR-derived products, e.g., the quality of precise satellite orbits, the realization of the scale and the origin of the International Terrestrial Reference Frame (ITRF), the quality of SLR-derived Earth rotation parameters and the SLR-derived temporal variations of the low-degree gravity field coefficients, which are associated with large-scale mass transport in the system Earth. As a result, the enhanced realization of the reference frame will allow us to study with better accuracy the processes related to climate change, such as the eustatic sea-level rise and melting of the polar ice shields. 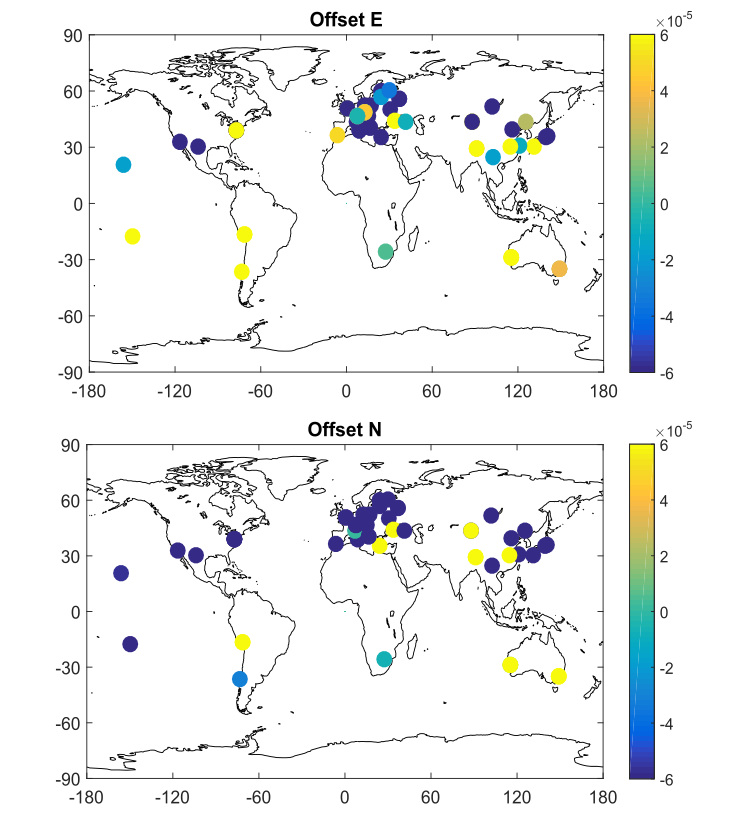 The GNSS and SLR techniques use different wavelengths, i.e., GNSS uses the microwave which can penetrate the sky no matter the weather conditions, whereas the SLR works the optical spectra which is cannot go through dense clouds. As a result, the SLR measurements can be performed only during cloudless conditions which usually coincide with high atmospheric pressure which deforms Earth’s crust in the Up direction. The different sensitivity on the atmospheric delays of the two space techniques introduces the inconsistency which manifests itself as a so-called “Blue-Sky effect”. The Blue-Sky effect was at first assessed using SLR to the geodetic LAGEOS satellites. In this project, the Blue-Sky effect was evaluated for all the SLR stations which perform laser ranging to the GNSS satellites. The usage of the SLR observations to the GNSS targets was possible due to a series of intensive tracking campaigns organized by the International Laser Ranging Service (ILRS) whose goal was to track a high number of all-new GNSS satellites equipped with Laser Retroreflector Arrays. The outcome of this research the model which characterizes the SLR station sensitivity on the deformation caused by the Atmospheric Pressure Loading (APL). The methodology of the Blue-Sky effect assessment as well as the Blue-Sky effect values are published in Bury et al. (2019). 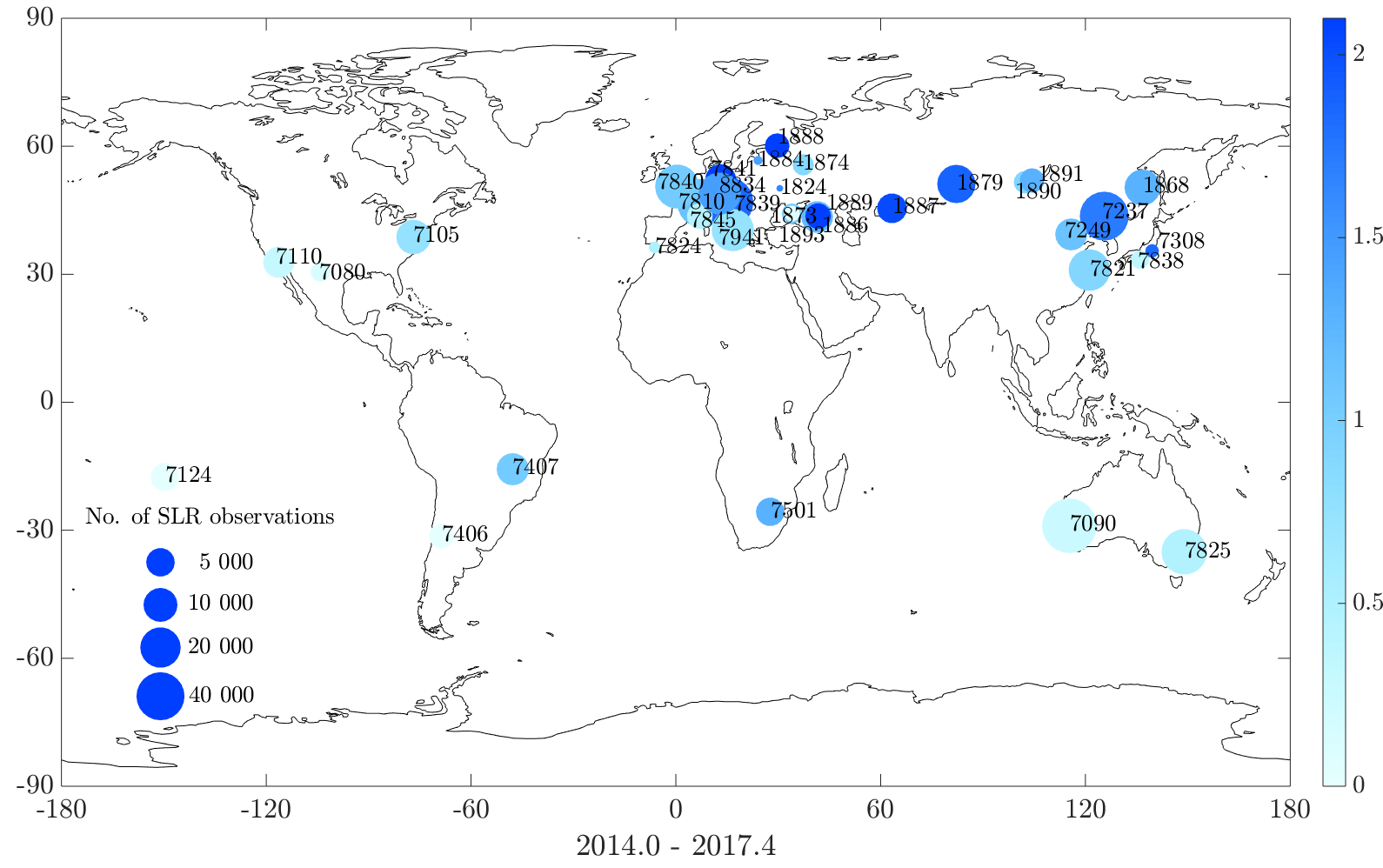 Figure 2. Blue-Sky effect determined for the SLR stations which track GNSS satellites (expressed in mm). Color denotes the magnitude of the Blue-Sky effect, whereas the area of the symbols is proportional to the number of the SLR observations to GNSS satellites collected by the station between 2014.0 – 2017.4