Satellite Laser Ranging (SLR) can be used as an independent and effective tool for the validation and the assessment of the orbit quality of Low Earth Orbiters (LEOs). LEOs, which are routinely tracked by SLR stations, are equipped with retroreflectors typically consisting of several corner cubes formed in the shape of a pyramid or hexagon. Most of the recent LEO missions were equipped with CHAMP-type retroreflector, i.e., a regular 45 degrees pyramid shaped retroreflector array, manufactured by GeoForschungs Zentrum at Potsdam, Germany (GFZ, see ILRS site). This kind of the array was used on CHAMP, GRACE-A/-B, TerraSAR-X, TanDEM-X, as well as on SWARM-A/-B/-C missions. The GFZ array is a simple passive payload instrument consisting of four corner cubes to reflect laser pulses back to the transmitting ground station, which enables the measurement of the direct two-way range between the ground station and a satellite with an accuracy of 1 to 2 cm.

The SLR range residuals to LEOs are computed as differences between laser ranges and the microwave-based LEO orbits. The SLR residuals help to investigate systematic effects at the SLR stations (see Fig. 1) as well as to assess the quality of microwave-based kinematic and reduced-dynamic orbits (see Fig. 2) including the modeling issues of the direct solar radiation pressure and atmospheric drag. 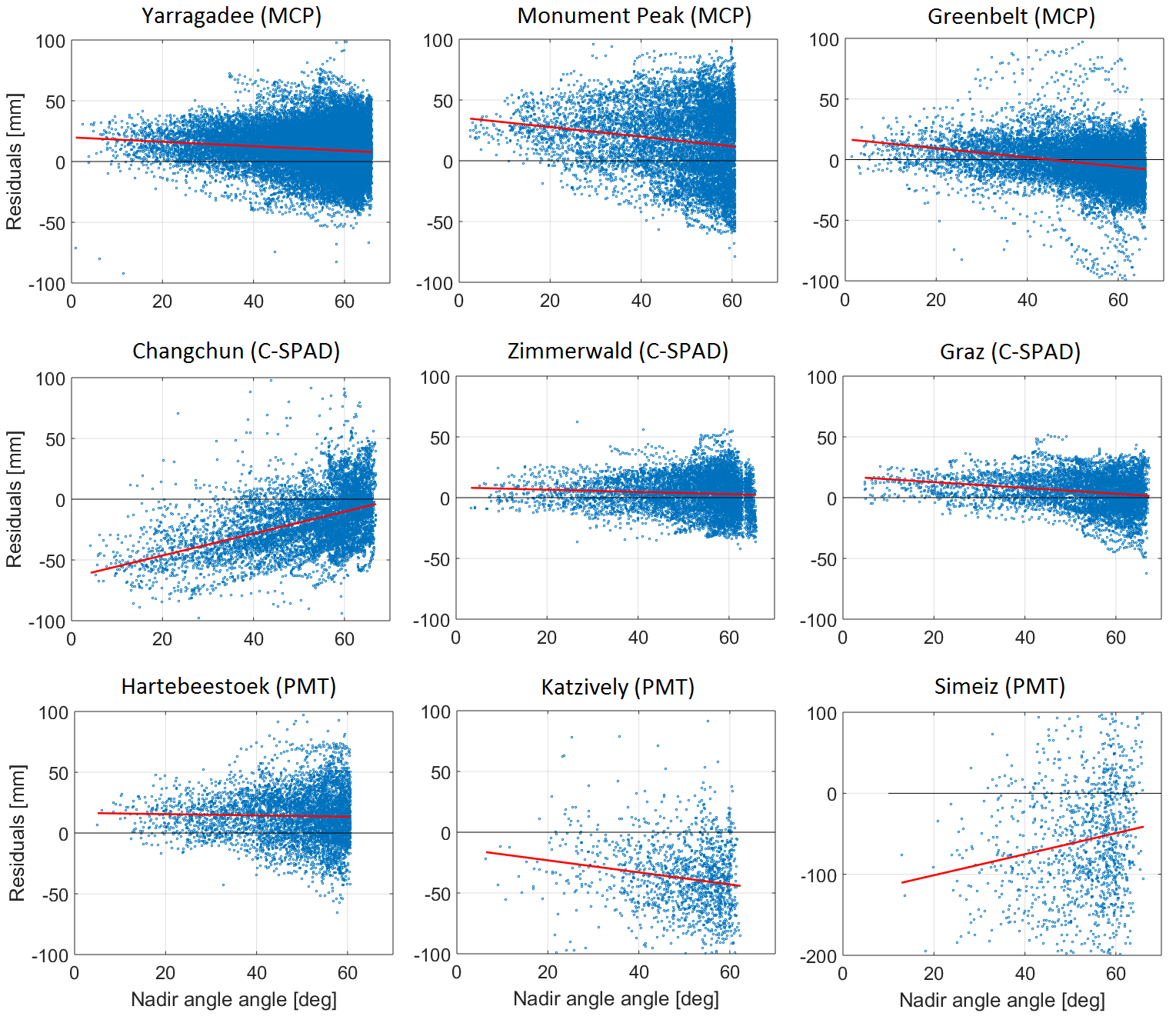 Fig. 1. Dependency between the SLR residuals and the satellite nadir angles for reduced-dynamic orbits of SWARM-B.

Fig. 2. Dependency between the SLR residuals and the relative position of the satellite with respect to the Sun for reduced-dynamic and kinematic orbits of SWARM-B in mm.