FORMOSAT-3/COSMIC  (Constellation Observing System for Meteorology, Ionosphere and Climate) is a joint United States (NOAA)-Taiwan (NSPO) 6-microsatellite mission that demonstrates the value of Global Positioning System Radio Occultation data to global users. The COSMIC mission reached the end of its design life in 2011 and its real-time satellite observing capability degraded with fewer operational satellites. Due to this and the success of  this mission U.S. and Taiwan have decided to expand RO mission called  FORMOSAT-7/COSMIC-2.

COSMIC-2 will consist of 6  low-inclination (24 degree) orbits, which will enhance observations in the equatorial region and 6 high-inclination (72 degree)  orbits satellites. The first of them are planned to be launched in 2017 and the second in 2020. The system developed by NASA’s Jet Propulsion Laboratory (JPL) will allow intercept signals from not only the U.S. GPS, but also the European satellite system GALILEO, and the Russian Global Navigation Satellite System (GLONASS). The U.S. Air Force will provide two space weather payloads that will fly on the first constellation: the RF Beacon transmitter and the Ion Velocity Meter (IVM) instruments.

After both of constellations will be fully deployed, they will provide to 12,000 high-quality profiles per day.  Beside increase in measurement number, the precision will also be improved. The main objective of COSMIC-2 is to collect a large amount of atmospheric data for meteorological, climatic, ionospheric, and geodetic research. The RO data from this mission would improve weather prediction models and severe weather forecasting  for example hurricane analysis and prediction. 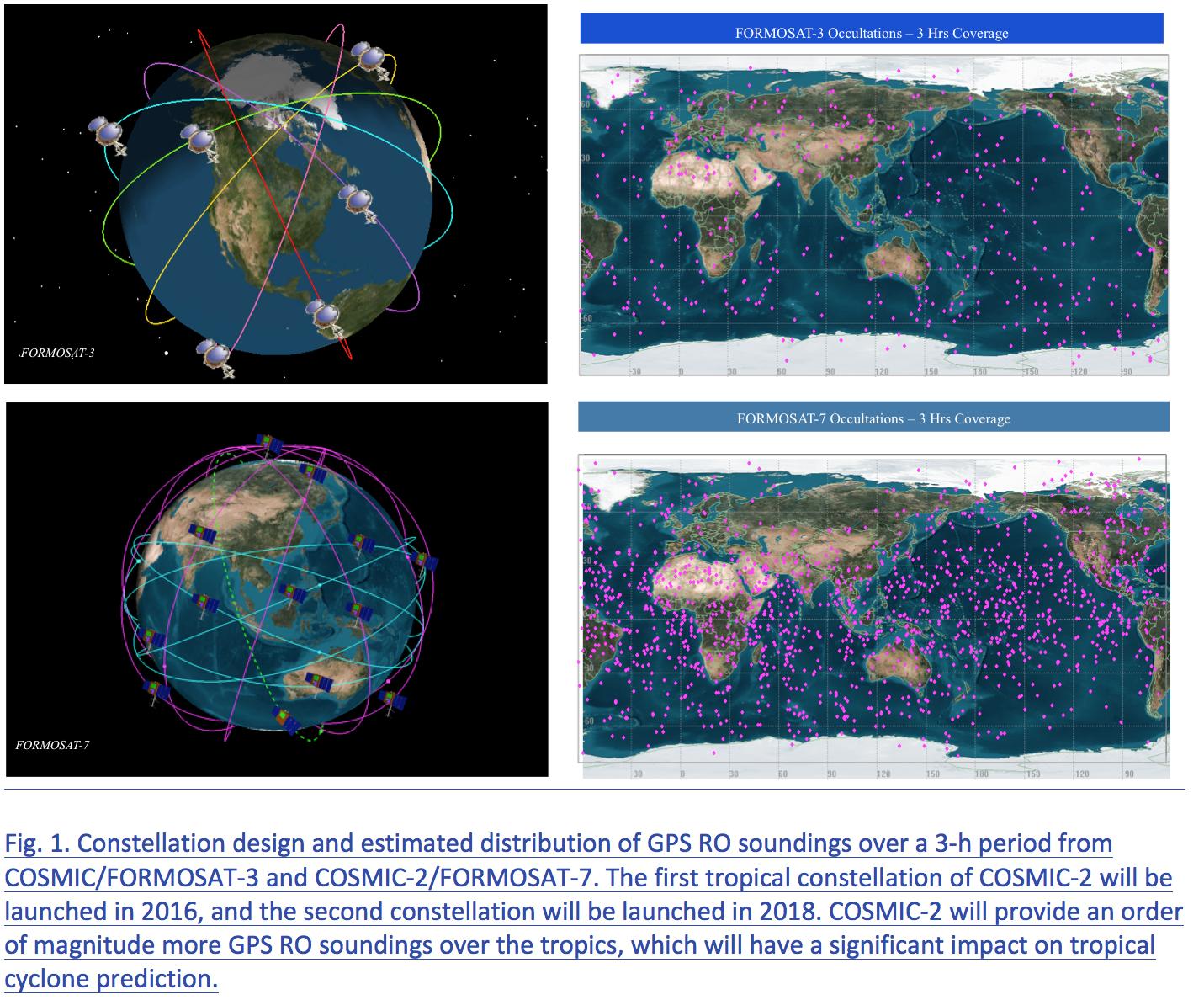